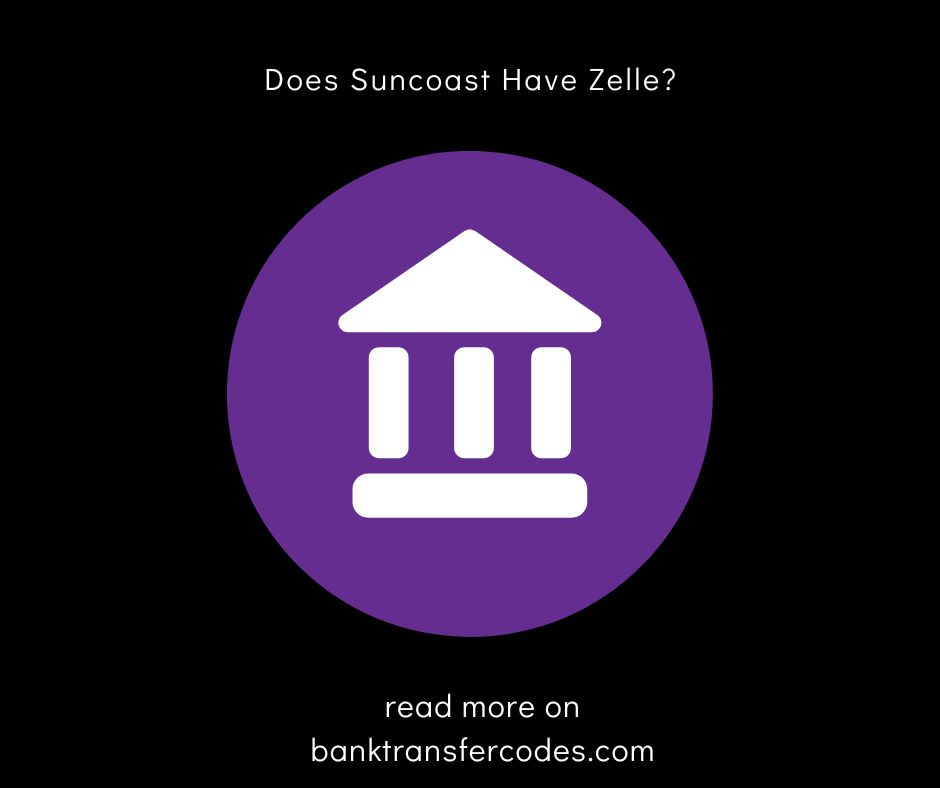 Once you’ve tried Zelle for the first time, it’s genuinely hard to go back. The system facilitates nearly instant payment, which is a breath of fresh air from the slow speeds that banks offer traditionally. However, some online banks and credit unions still don’t offer Zelle.

When a bank or credit union doesn’t offer the Zelle payment feature, you’ll be unable to use it with your account without restrictions. With a credit union like Suncoast, you shouldn’t have high hopes about adding a service like Suncoast to your Zelle account, but you’ll never know until you try.

In this article, I’ll answer all questions you may have regarding Suncoast and Zelle. Firstly, we’ll analyze what Suncoast is, how it works, and if Suncoast has Zelle. Then, you’ll learn how to add Zelle to your Suncoast for quick transactions, if that’s possible in the first place.

The Suncoast Credit Union was founded in 1934, primarily to serve teachers around Hillsborough county. The credit union has been steadily expanding ever since, and today, it is accessible to anyone in the counties where it offers its services.

The bank has around 1 million users, which is a huge number. However, when you realize that it has been around for nearly 9 decades, you’ll understand that a million users are probably expected at this point. Today, Suncoast has 74 branches around Florida, and it only keeps expanding.

If you’re in one of the counties the credit union serves, you may be considering creating an account with Suncoast. However, whether or not a bank has Zelle could be one of your deal breakers, and that’s very understandable. In the following section, you’ll learn if you can use the Zelle payment service with Suncoast.

Does Suncoast Have Zelle?

Now that you already know what the Suncoast Credit Union is, you should also know what Zelle means to be able to make an informed decision. For the uninitiated, however, Zelle is a payment service created by top US banks to make the process of sending and receiving money within the country faster.

Most banks in the US have Zelle, including those that you probably have never heard of. The list of banks that Sorn supports the service is mostly populated by online banks that lack the license to carry out traditional banking services. Since Suncoast isn’t an online bank, does Suncoast have Zelle?

At the moment, Suncoast doesn’t support the Zelle payment service. If you’re creating an account with the bank primarily for sending and receiving money through Zelle, you’d be making a huge mistake. Thousands of US banks support Zelle, but Suncoast is unfortunately not one of them.

However, Suncoast claims to have an alternative to the service in their proprietary Pay a Person feature. A subsequent section in this article will review the feature, and how it works to let you send money to anyone. Regardless, you should know there’s a difference between it and Zelle, and they’re hardly comparable.

What Florida Banks Have Zelle?

To be frank, Suncoast isn’t the best bank or credit union around Florida. If you’re open to operating accounts from other banks, you can access even better banks with awesome integration with Zelle and numerous benefits to boot.

If you’re looking beyond Suncoast, you may want to check out Capital One 360. To be clear, there isn’t a Capital One Bank in Florida, but there are seven Capital One Cafés. The cafes typically have work areas and free Wi-Fi for people around to sit and work whenever they want.

If you’re wondering why the bank set up those cafés, it’s simple; Capital One 360 is available in Florida. For the uninitiated, it’s the online version of Capital One Bank that you can use without necessarily having to visit a bank branch.

You can also try Chase Bank if an online bank isn’t your thing. Unlike Capital One, Chase has plenty of branches across Florida, and there should always be a branch close to you. For Florida residents, there’s hardly a better bank than Chase.

If none of those options work for you, Ally Bank and Discover Bank are two online banks that serve people in Florida. Chase Bank and Capital One remain the top options if you’re after a bank with Zelle integration.

How Does Pay a Person Work with Suncoast?

Suncoast Bank sells its Pay a Person feature as an alternative to Zelle, claiming it also facilitates money transfers just as quickly and easily as Zelle does. If you’re open to alternatives, you may want to know how this feature works. So, how does Pay a Person work with Suncoast Credit Union?

According to information from the credit union’s website, the feature is a way to send money securely and electronically to anyone with a bank account in the United States. As long as you have their phone number or email address, you can send them a payment that they can claim.

While it was designed to be similar to Zelle, it’s still impossible for the feature to compete directly with Zelle at this point. Firstly, it’s not nearly as fast since all transactions made during the day will only be processed after 4 pm, making for a big wait time.

When you transfer funds using Pay a Person, the recipient must claim the payment within seven days. If they don’t, it will return to your account without any extra charges. However, they’ll have to answer a security question that you’ve preset if they do try to claim the funds, which makes it securer than Zelle.

Before sending money to someone using Suncoast’s Pay a Person feature, you should try communicating with them to ensure they claim their money within the timeframe. It’s also crucial to maintain communication, as a lot of people also encounter difficulties answering security question.

Does Current Work with Zelle? See How To Link It

Does Zelle Have QR Code? See How To Use It

Can I Send Money From Zelle To Paypal? See How

Zelle is so popular that it has grown to become a deal breaker for many people looking to create a bank account. If you’re after a bank or credit union that offers Zelle, I hate to break it to you that Suncoast isn’t one; you have to keep looking.