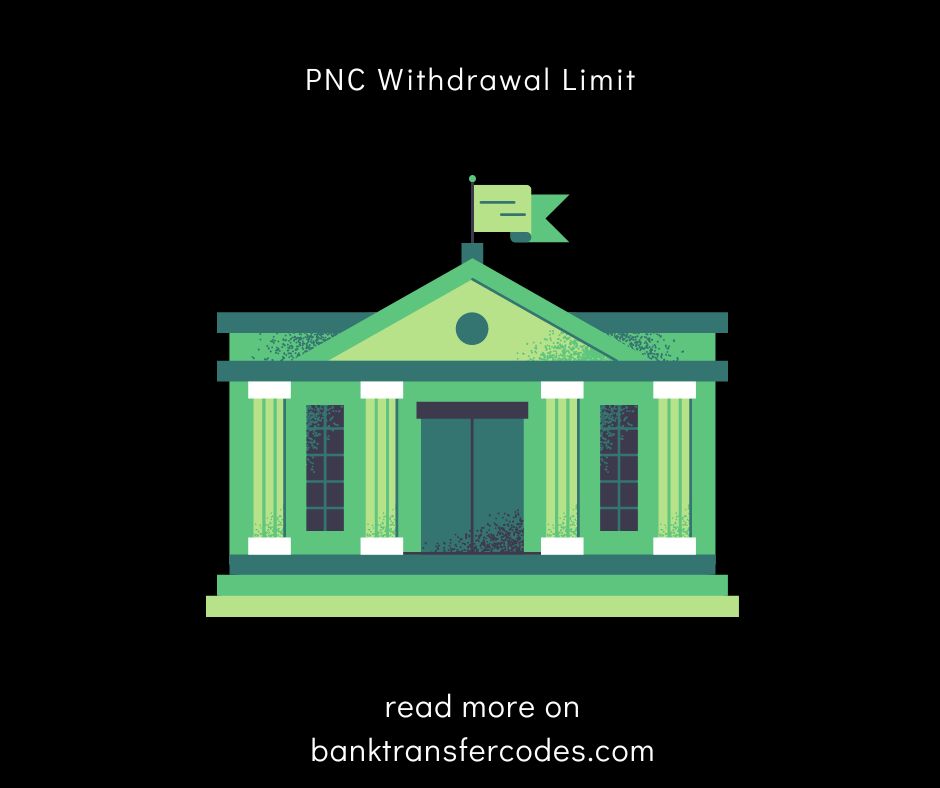 PNC Bank is undoubtedly one of the biggest banks in the United States with one of the most extensive ATM networks. The introduction of the bank’s smart ATMs has revolutionized banking, making it easy to make cash withdrawals, with or without a valid debit card.

As long as you have an account with PNC, you can request to withdraw money an unlimited number of times from the ATM each day. Since there’s no cap on how many times you can make cash withdrawals at an ATM, the only possible reason why you may not be able to access your money is the PNC withdrawal limit.

To control how much the bank has within, PNC has a specific withdrawal limit that defines how much users can access within a given time frame. This article will show you what the PNC withdrawal limit is and why you should care as a customer.

Of course, the amount you have in your bank account is a natural withdrawal limit since you normally can’t withdraw more than that. However, say that amount is more than PNC is willing to give out, what is the PNC withdrawal limit?

PNC Bank is one of the few US Banks that don’t have a specific limit for users looking to withdraw from an ATM. The limit that you’ll be subject to will depend on what kind of account you hold, what ATM you’re withdrawing from, and of course, how much you have in your account.

Assuming you have unlimited money, you should be expecting a withdrawal limit that’s anywhere between $100 and $1,500, depending on many factors. You can manually check how much you can withdraw by calling the bank, and it’s often available in the bank’s mobile app.

As a PNC customer, you should also expect different limits across different ATM outlets since the limit was designed to be so. When trying to withdraw from an out-of-network ATM, you should expect the limits to be even more irregular.

If you’re trying to withdraw more than the withdrawal limit, you’ll likely face an error message. To get rid of that, you have to find a way to beat the often ridiculous withdrawal limit that PNC often imposes on every account.

How to Increase the PNC Withdrawal Limit

If the withdrawal limit doesn’t seem generous enough for you, you don’t have to live with it. There are several ways to get more money out of your bank account than PNC will be willing to let you withdraw at an ATM outlet.

If you were hoping to get an increase to your ATM limit, I hate to break it to you, but it’s pretty much impossible. PNC makes it impossible for certain machines to dispense over a specific amount, and there’s very little you can do to change that.

Whatever limit you see here will only apply if you’re trying to withdraw cash from an ATM outlet using your debit card. If you walk into the bank and make the withdrawal at a teller, you will not be subject to the ridiculously low ATM limit that PNC offers.

If you withdraw more than $1,000 at a time, PNC Bank may have to report the transaction to the government. You should also know that you can’t bypass that by withdrawing just under that amount daily; the bank will eventually discover and report your account.

Another way to get cash from your account without necessarily withdrawing from ATMs is getting cash back from stores. You can get plenty of cash by buying things that are worth very little while trying to get as much cash as possible. It’s crucial to note, however, that cash backs will be deducted from your daily spending limit.

PNC Bank is one of the best in the country, but its withdrawal limits are so convoluted that it looks shady. If you’re after high withdrawal limits, you should consider trying out other banks with straightforward limits.