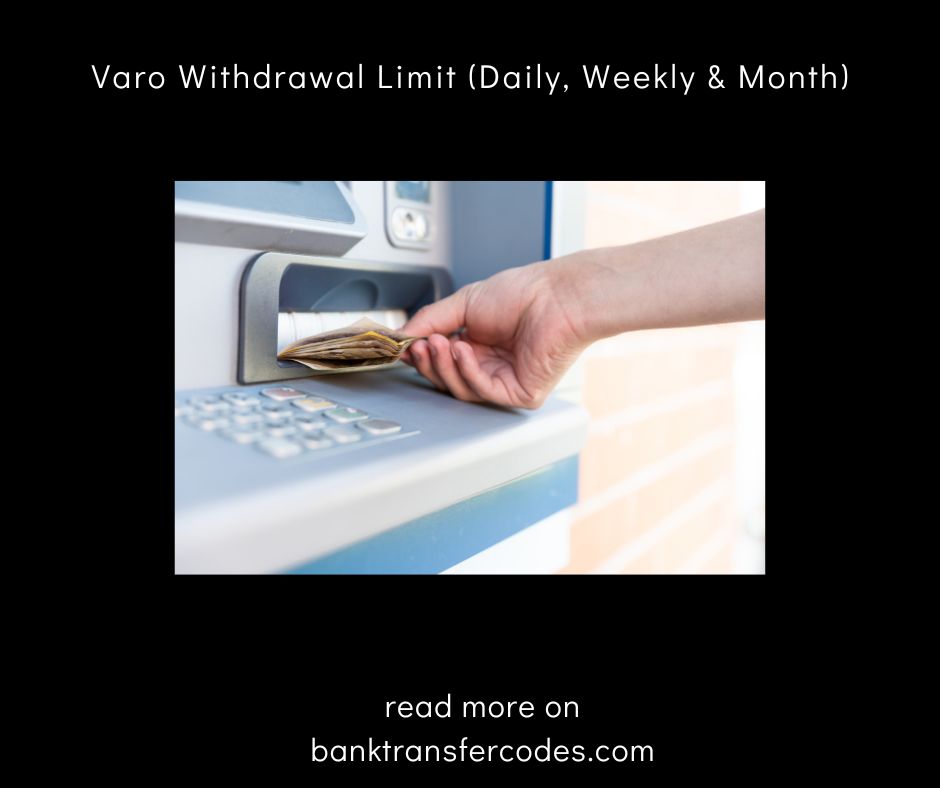 Another annoying thing about limits is how they’re not uniform across banks. You get different limits when withdrawing using a Capital One ATM card compared to a card from the Bank of America. What’s more, the ATM you’re using for the withdrawal also plays a huge role in how much you can withdraw at a time.

If you do a lot of your banking with the mobile-only bank, Varo, you may want to learn about the withdrawal and spending limits on your debit card. Fortunately, there are pretty clear limits on your Varo Bank debit card and this article will show you what they are. Also, you’ll learn how to increase the limits on your card.

Now that you know how you can withdraw money from your Varo Bank account, it’s time to learn about the withdrawal limits you’re likely to face in the long run. Then, I’ll compare Varo to traditional banks like Bank of America to see how it stacks up.

Spoiler alert: if you were expecting something great from Varo, you’ll likely be as disappointed as I was. As explained earlier, there are different methods of withdrawing from Varo, and each has different limits. With that said, here’s the withdrawal limit associated with your Varo debit card.

It makes a lot of sense to start from the ATM withdrawal limit, which is likely the only kind of limit you care about. When withdrawing from an ATM using your Varo debit card, different limits may apply, depending on what ATM you’re using specifically.

If you’re using a Varo debit card at an Allpoint ATM, you’ll only be able to withdraw a maximum of $1,000 every calendar day. The limit resets by midnight every day, and it applies to every customer unless you have a statement from Varo that specifically states otherwise.

If you’re not withdrawing from a Varo Allpoint ATM, you may have to put up with a withdrawal limit that’s a lot less than what I quoted earlier. Even if that’s not the case, there’s a $2.50 withdrawal fee on every withdrawal from an out-of-network ATM, which makes it unattractive.

You should note that ATMs may have limits on individual withdrawals. For instance, a machine may only be able to dispense $200 at once. If you run into an ATM that’s unable to dispense the amount you’re looking to withdraw in one go, you may have to pay the fee on each separate transaction.

If you’ve been following this article, you should note that an over-the-counter withdrawal is the only other option if you can’t withdraw from the ATM for any reason. You can withdraw from any of the participating banks as long as you have a debit card and a government-issued ID.

When you withdraw $1,000 from an ATM using your Varo debit card, you cannot withdraw anything more using an over-the-counter withdrawal. That’s not all, that $1,000 limit is also tied to cash you get from point-of-sale merchants, which sounds limited if you ask me.

If you’re paying for purchases using your Varo debit card, however, a separate and more respectable $2,500 limit applies. That limit also applies to cash back you get at point-of-sale systems, so it’s still within the average for most banks.

How to Withdraw From Varo Bank

Before going into the limits associated with withdrawing money from your Varo Bank account, it makes a lot of sense to learn how to withdraw money in the first place. Since Varo doesn’t have physical locations like traditional banks, you shouldn’t expect as many options.

However, Varo bank does surprise (pleasantly), as the bank offers both ATM withdrawals and over-the-counter withdrawals. Here are the two ways to withdraw money from Varo Bank in more detail.

Withdrawing over an ATM is the most common way to withdraw money, especially from a bank without a physical location. The fact that Varo Bank has over 55,000 Allpoint ATMs across the United States makes it even easier to withdraw using this method.

You can withdraw from Varo Bank’s ATM points using any of the debit cards that the bank issues. If you’re looking to use an out-of-network machine, you may have to pay a $2.50 fee on each withdrawal. In addition to that, the withdrawal limit may also change from Varo’s default.

In addition to ATM withdrawals, you can get money using an over-the-counter withdrawal from most of the major banks across the United States. When you use this method, it’s technically impossible to withdraw within the bank’s network since there’s no physical Varo Bank branch, to begin with.

The Varo withdrawal limit is not better than average. When you compare it to traditional banks, it’s even worse, but at least it’s something. This article goes in-depth into the withdrawal limits associated with your Varo account.

If you’re looking to increase, you can contact a customer service representative to request an increase. Depending on your spending activity, you should be able to get a temporary or permanent increase to your withdrawal limit with Varo.