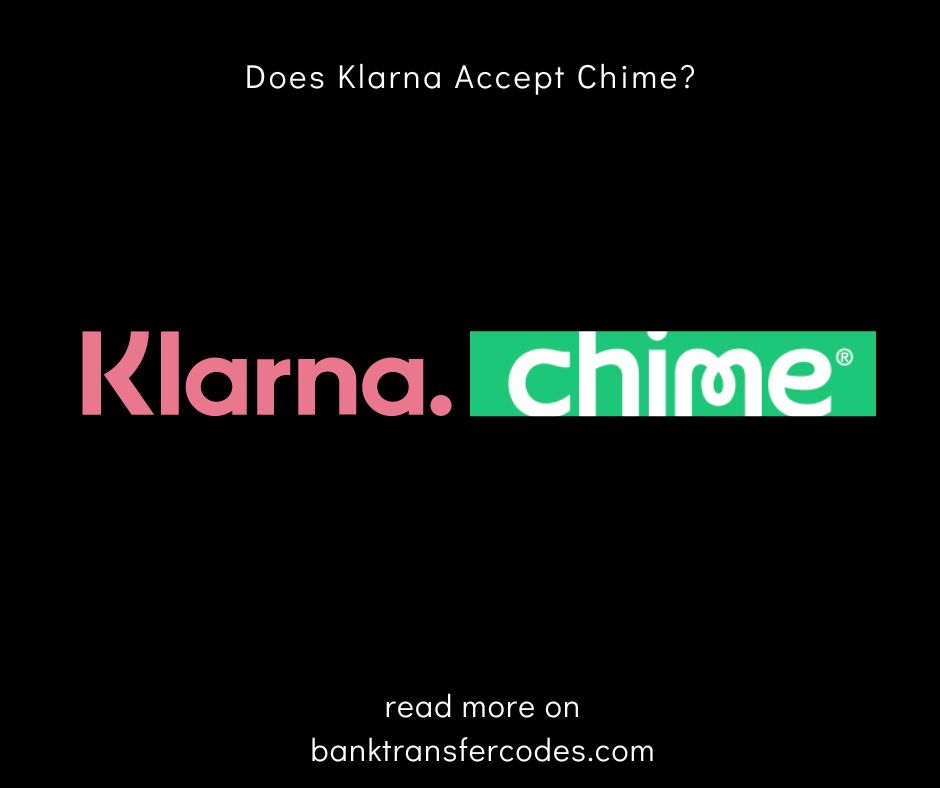 The United States is in the middle of what might be the worst inflation in a very long time. With that alone, you can’t blame someone that uses services like Klarna that let you pay for what you buy later, since it’s one of the few ways to buy something today.

When you buy something using Klarna, you still have to pay in installments in the future, which requires you to have a payment method. Fortunately, Klarna accepts most payment methods, including cards that you were never aware of their existence, but does Klarna accept Chime?

In this article, we’ll take a brief look at both Klarna and Chime and you’ll learn if Klarna does accept Chime as a payment method. Also, you’ll learn some of the other payment options you have when trying to pay Klarna to weigh your options.

At the moment, Klarna doesn’t support paying using Chime. There’s currently no way to link your Chime and Klarna accounts to pay for credit purchases you made using the latter, but there’s a workaround that might work. Before looking at the workaround, it’s crucial to understand how Chime works.

Chime is not a bank; it’s a financial technology company that offers some banking services to its users to make it easier for them to bank. You can get a savings account, a checking account, and a secured credit card when you make an account with Chime.

The secured credit card from Chime, also known as the Credit Builder Card is exactly what makes it difficult to determine if Klarna could support Chime. While it’s already clear that Klarna doesn’t support the bank natively, it’s also pretty clear that the Klarna website supports all kinds of cards.

Might it be possible to link your Chime debit card to your Klarna account to use it for your payments? That’s a question that’s still difficult to answer at this point, but you can read on to get the answer you seek.

While it’s true that the Klarna website acknowledges that the service accepts all kinds of cards on the market right now, users have reported issues trying to link their Chime debit card. In many cases, they were prompted to add a different card because the app doesn’t support the “bank’s” card yet.

In a response to a community complaint on the Chime official website in 2021, the service admitted it stopped accepting Chime cards because of an issue with denied payments. For that reason, customers may have to incur fees while using the card, which isn’t what Klarna wants to happen on the platform.

Summarily, Klarna doesn’t accept Chime as a valid means of payment on the platform. If you’re trying to pay for something you bought using any of the app’s buy now pay later deals, you may have to use one of the other accepted methods of payment.

Since most of your Chime cards won’t be working with Klarna, it’s crucial to know the alternative payment methods you can use with the app. Here are some of the payment methods that Klarna currently accepts, going by the information on its platform.

If you have Apple Pay, you can simply connect it to your Klarna account to pay in the app. Apple Pay is the closest thing to a digital banking app like Chime that the buy now pay later service supports. If you’re not a fan of Apple Pay, however, you may want to try an alternative.

You can pay with any card that’s capable of holding money, as long as it’s not a prepaid card. Okay, maybe that’s an overstatement since I just proved that Chime cards are unsupported on the platform. Apart from Chime cards, however, you’ll struggle to find another card that’s not supported.

If you use the Capital One bank, however, most of your cards won’t work, since Capital One doesn’t support buy now pay later products altogether. In short, as long as you’re not using a prepaid card or something from Chime or Capital One, you should be able to use any card for your Klarna payments.

Does Chime Have Zelle?

Apps Like Dave That Work With Chime? Guide To Use It

Chime Spot Me Cash Back Not Working

Does Hertz Accept Chime Credit Cards? See How I Use It

Does Quadpay Accept Chime? See How It Works

Apps That Let You Borrow Money With Chime?

At the moment, all pieces of evidence and experiences point to one truth: Klarna doesn’t accept Chime for payments. While it’s not explicitly stated on the platform from the get-go, most people who try linking their Chime cards to Klarna always get an error message asking them to link another card.