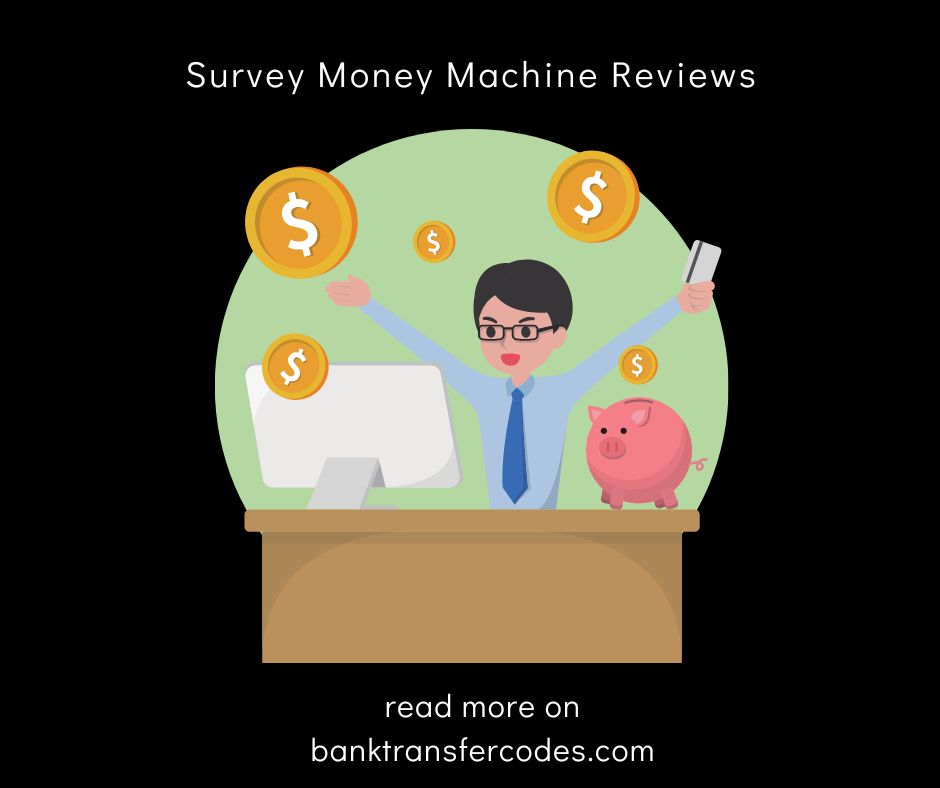 While Survey Money Machines itself is not a survey site, it is impossible to earn directly from the site. However, the site provides you with a list of other survey sites where you can carry out surveys and get paid.

What Is Survey Money Machine?

Survey Money Machine is a website owned by Hailey Gates. The website itself is not a survey site, the owner claims to have a list of real paying survey websites that individuals can have access to when they sign up on Survey Money Machine.

The fact that the site itself is not a paying app is made known as it can be seen on the sign-up form. To sign up at Survey Money Machine, you will be required to input your email address after which a confirmation mail will be sent.

Once you’ve responded to the confirmation mail, you will become eligible to receive the daily two survey companies links which will be sent to your mail by Survey Money Machine. It is believed that you have higher chances to make money when you sign up with multiple survey sites which is why Survey Money Machine wants you to sign up with at least 14 to 20 survey websites.

What Happens When You Join?

Once you’ve successfully signed up with Survey Money Machine, you will be required to fill in a questionnaire that includes your income level, marital status, automobile, pet, and other information. However, why this information is required is unknown since they will not be providing you with surveys themselves.

Once this information has been provided, you will be able to access the website members area. The members’ area is where you find a list of survey panels that have paid the sites for promotion. You might not find enough information about these survey sites which might not be helpful.

How Do You Get Paid?

It is important to take note that you won’t get paid when you sign up with a survey aggregator site, which is applicable with Survey Money Machine.  All you get from them is a list of survey sites that you can sign up with to start earning.

However, Survey Money Machine has a feature that claims you can earn from the site. This feature is called Lifepoints and becomes accessible after logging in. once you create your password, you will be rewarded with 500 points.

It also notifies you that you will be able to earn a gift card once you have 2,500 points. There’s however no information about the type of gift card to be won and the required task to earn the points. The lack of such information makes it look like an impossible way to earn.

You however stand a better chance to earn with a legit survey site. You will be able to earn cash via Paypal, Amazon e-certificates, Bitcoin, gift cards, and other forms of rewards. But earning through an aggregator site such as Survey Money Machine is unlikely.

Is Survey Money A Scam?

Since you will not be required to make any payment to have access to the survey site list or to let you participate in surveys, Survey Money Machine cannot be called a scam.

However, you have to take note it is nearly impossible to make the outrageous amount stated on the website sales page. The website claims you will be able to make up to $150 to $300 just in a day. If you’re familiar with making money online through surveys, you will know the claim is a fallacy.

You will only be able to earn close to a hundred dollars a month in cash and services by partaking in online surveys when you sign up with multiple survey sites.

Survey Money Machine website also stated that when you’re unable to earn close to $25 to $150 in the first hour of attempting to earn while taking surveys, you will receive a check of $100 from Hailey Gates. This money however is suspected to be a bonus reward you earned by signing up with survey sites.

Are There Any Warning Signs With Survey Money Machine?

Not Enough Details About The Owner

There is always a sense of security in checking out a site owner’s profile just to have a hint that such a person can be trusted. there is an About section on the website which portrays the site owner as a woman called Haily Gates with a couple of her images.

Apart from this, there is no sufficient information about her on the page and on the internet as a whole. This might not be a big statement but it is, however, something to take note of.

There are numerous exaggerated and inaccurate claims on the website. One of these is articles indicating how you can make a living through partaking in paid surveys. These articles however don’t provide the needed in-depth details or solutions.

The only means mentioned is by signing up for all the recommended survey sites on the website. While it is possible to make additional cash through partaking in paid surveys, making a living with it alone is unrealistic which makes the claim by the website disappointing.

Who Can Join The Survey Money Platform?

Survey Money Machine Platform is only available in four countries which are Canada, Australia, the United Kingdom, and the United States of America. Individuals outside these regions won’t have access to use the platform.

Signing up with Survey Money Machine is not risky as you are not required to make any payment. However, the amount being claimed by the website that you can earn by partaking in surveys is exaggerated and there are other concerning issues with the platform which have been fully discussed in the article.