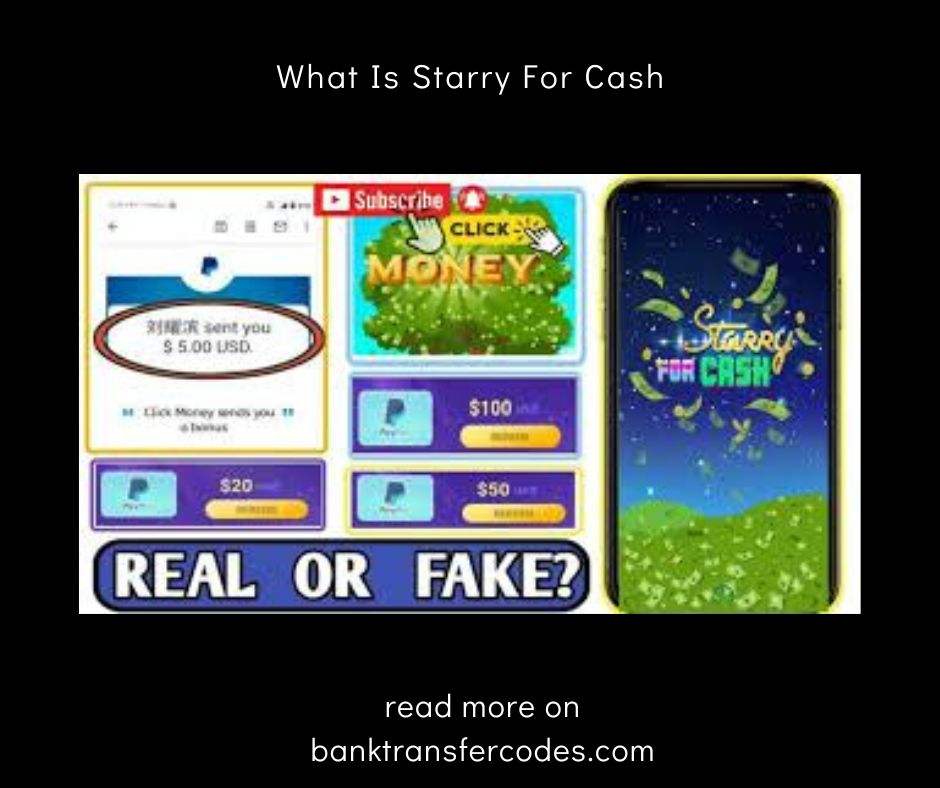 Every day, new games are being made available with the promise that players will be receiving cash rewards. Most of these games have turned out to be a scam with no payment received by players after dedicating lots of time to playing games and watching video ads.

If you’re wondering if Starry for Cash is going to be worth playing with the hope of getting cash rewards, read along as we provide the necessary details in this article.

What Is Starry For Cash?

Starry for Cash is a game that allows you to build and acquire your virtual wealth by clicking on a tree. While the game itself is interesting, the additional claim of cash rewards for players has produced massive engagement.

With the announcement that players can earn through Amazon and Paypal, over one million players have installed the game trying to take their chance.

Why Is Starry For Cash So Popular?

Starry For Cash has been gaining popularity not only because the game is interesting and fun but because the developer has utilized proper marketing skills. If you’re curious to know more about Starry For Cash, it shows you might have seen one of their appalling ads just like other players.

Through their ads, the developer has been able to convince people that Starry For Cash is different from other games and will provide the cash reward won by players. To make the claim more real, the developer with the use of ads also made mentioned different games that have failed to pay their players after making promises and assured players of Starry For Cash that they will all be paid through Amazon or Paypal when they play the game.

How Do I Play Starry For Cash?

Playing Starry for Cash is easy and straightforward, all you have to do is to click on the money tree to claim some cash notes. A pink bar at the top of the screen shows the level of cash you’ve acquired.

Once the bar gets filled up, you will be notified that you’ve earned some virtual cash which can be collected by clicking on Get after which you will be required to watch a video ad. Most times, you might not be able to proceed to watch the ad due to its unavailability which will further stall your reward.

The acquired green notes are an in-app reward and cannot be cashed out. This reward can be used to upgrade your money tree. Upgrading your money tree will allow you to earn more green notes when you tap the tree and it also boosts your chance of earning your cash reward.

There are also additional tools to help you in the game such as rain and fertilization to boost your money tree growth.

How Do I Make Money On Starry For Cash?

The game was designed with numerous easy ways of making money.  These features allow you to earn either virtual cash or other gift items. The features through which you can earn on Starry For Cash include.

This is the major method of earning on the game, clicking on the money tree will earn you cash rewards that can be collected once the required level has been reached.

Another way to earn on Starry for Cash is by spinning the wheel which has numerous enticing gift items. A few gifts you can win with this feature include PS5, Amazon vouchers, and Paypal cash.

There is also an item collection feature through which you can earn on Starry For Cash. when you collect animal icons, you tend to get a cash reward. The developer stated that collecting 42 animal icons will earn you a $10,000 reward.

You can also earn referrals on Starry For Cash when your invitation code is used by a friend when installing the game. The developer state that a player will earn $5 for 100 referrals.

How Do I Get Paid On Starry For Cash?

Earning on Tarry for cash is fast and easy so you can earn close to $1,000 in thirty minutes of play. however, cashing out your reward requires you to watch some video ads. If you are attempting to cash out $500, you will be required to watch 300 video ads which can be annoying and almost impossible.

Is Starry For Cash Legit?

There has been no clue that portrays Starry for Cash to be legit. Reviews show that players that have reached the threshold for cash out were not paid and the outrageous amount being promised by the game developer looks more like a fairytale.

Playing Starry For Cash with the aim of earning cash rewards will result in a waste of time and resources. The game just like others that were discredited in its ads is not legit and they will try all their possible best to convince you to continue playing without getting any reward in the end.