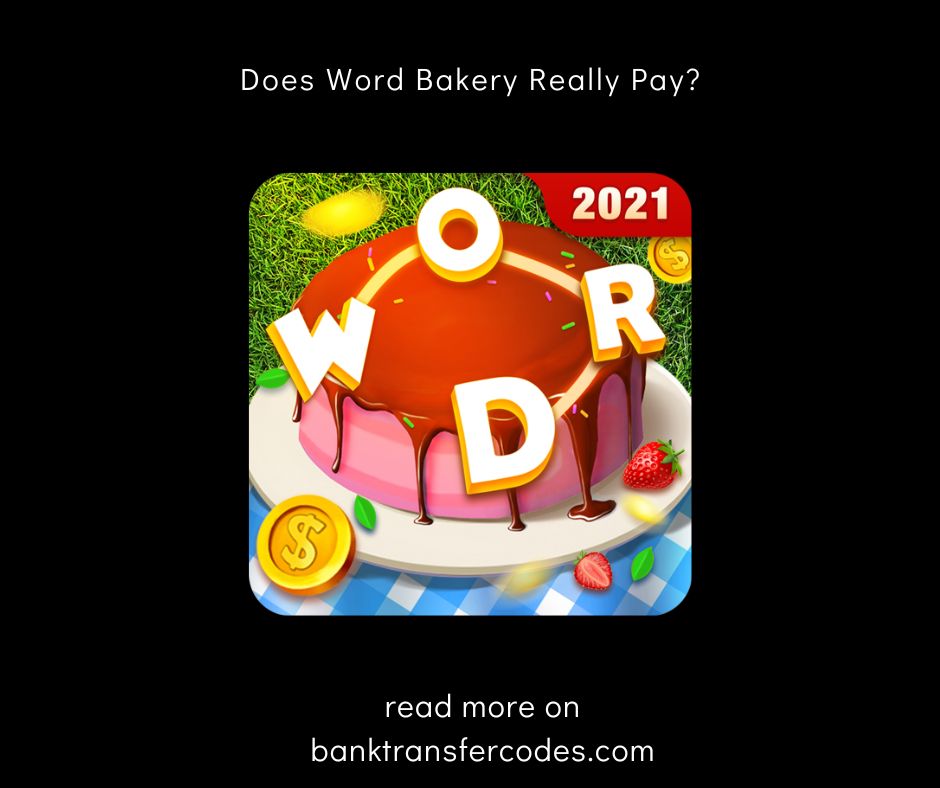 The word bakery game is becoming incredibly famous in the year 2022. This mobile game is focused on offering cash rewards and other prizes such as an iPhone.

The game looks easy, and a lot of people find themselves addicted to playing it while on the quest of winning cash prizes, and other rewards. But you’ve got to ask yourself if this is worth your time. This is why this publication will examine what the word bakery game is, how it works, and if it does pay.

Overview Of The Word Bakery App

The word bakery game was designed for people who love the idea of testing their intelligence with puzzles. The game is addictive if you are a fan of puzzle games, you get to unlock more words which can be used to make the game experience soothing. All you have to do is connect the letters to create a word in the game.

You stand a chance at participating in a lucky spin when you successfully connect the letters and guessed the available words. The lucky spin thus gives you a chance at winning cash prizes, and you can always redeem your reward via PayPal or an Amazon gift card. The app makes it easy to generate $500+ in a month.

You are allowed to withdraw your earnings to your PayPal account, or convert it to an Amazon gift card when you are considered eligible.

How Does It Work?

The first step is to download and install the app on your favourite app store. Thereafter, you can enjoy the gaming experience and play for a chance at winning cash prizes and Amazon gift cards. The app however gets to invade your privacy without your permission such as viewing your files and media.

An app like that is capable of spying on your personal life, and it’s capable of deleting some of your files. However, you may still choose to play the game.

You play by dragging your fingers around the letters in the game in other to form a word in the game. The game looks extremely easy, and a baby can complete up to the first 5 levels of the game. The more you make progress with the game, the more the difficulty increases.

In other words, if you are a beginner do not expect the game to be easy until the very end while playing. This is usually done to reduce the player’s earning process and to give a sense of adventure to its players. People tend to lose interest in a game whenever it’s too easy.

Players get to receive a couple of bucks when they successfully unlock a word. In addition, you stand a chance of winning more money when you try out the Lucky spins where you’ll get to spin a wheel for cash prizes and more chances of winning.

You can unlock the lucky spin after completing a level and watching a video ad. The downside about this is that the ad may be unavailable to watch, which means that your chances of earning with the lucky spin are not guaranteed.

You stand a chance of receiving other incentives when you play the word bakery game. Incentives such as winning a smartphone, cool gadgets, etc. The more video ads you watch, the more your chances of playing the game and winning more money.

The word bakery app pays you after you successfully meet the minimum withdrawal limit. You may choose to withdraw your earnings via the PayPal platform or the Amazon gift card option.

If you have issues with owning a PayPal account, you can try out the Amazon gift card option and exchange it for cash. The downside is that you are expected to have a thousand dollars before you can try this withdrawal option.

You may choose the best convenient withdrawal method for you. But do note that your earnings are usually separated. One of the game demerits is that you cannot convert your PayPal and Amazon earnings and withdraw wholly.

For example, Curt has been playing the Word bakery game, and he is shocked to find out about two earnings programs on his reward menu.

People often wonder if the word bakery game pays, and are often curious to know their chances of getting paid in 2022. The truth is that you will not receive all of your cash rewards, and Amazon gift card earnings. In addition, do not expect to receive other prizes such as a smartphone, iPad, and other prizes mentioned in the game.

The fact remains that the word bakery game is not different from most games on the app store which offer you cash rewards and other prizes. In most cases, it’s usually easy to accumulate lots of cash at the earliest stage of playing but you may record slow speed as you make progress with the game.

I tried playing the game for a chance at winning cash prizes and other rewards. But I chose not to play till the end and see how it plays out because I feel the app is fake. However, I did not experience any freeze of my rewards earnings.

I feel the game is one of those games that don’t send you your rewards after trying to withdraw or may come up with lots of tasks for you to perform in other for you to withdraw your earnings.

The crazy thing is that none of his payments had been able to reflect in either his PayPal account or via the Amazon gift card option. What pushes Pedro to keep playing is his passion for the game.

You may however choose to keep playing the game for a chance at earning cash rewards and other prizes. Alternatively, you may decide to try out other puzzle games on the app store which pay. Examples of similar apps include the words to win, the Crypto word game, and many others.

Is Lucky Spin App Legit? Review After Use

In conclusion, the word bakery game is a great game that can help you relax and give you that sense of adventure while aiming to win some cash. However, there are no proofs that you will be able to withdraw your earnings.

The game makes it look easy to earn over a thousand dollars monthly, but the earning process may be really slow. Everybody who plays the game usually hopes to receive their cash rewards but there has never been a record of anyone who got paid while using the word bakery app.

In addition, do note that the app generates its income when people watch ad videos, and there’s no way they’ll be able to generate enough money to pay more than 500 people $200 monthly.