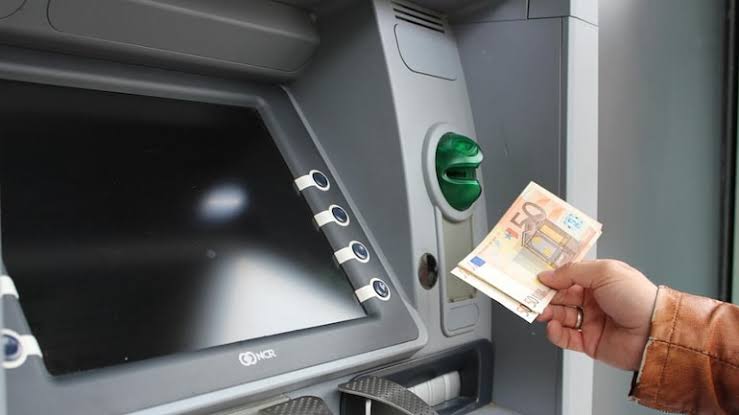 Automated Teller Machines have been around for around 50 decades now, but it seems a pretty large number of people still don’t know the full use of the revolutionary machines.

The average person that steps up to an ATM is there to withdraw money. This is true in most countries of the world, including the United States; and it leaves us with a question: “can you deposit money in an ATM?”

In this article, we’ll try to answer the question of how much cash you can deposit through an ATM, so you don’t go around with cash, after having your deposit rejected by the robots.

Why should you deposit at an ATM?

You might ask. Walking up to the bank isn’t a whole lot of stress. Why would someone even think of depositing money through a machine?

If you’ve been depositing money over the counter all your life, you mightn’t realize what you’re missing as you ignore ATM deposits.

In this section, we’ll reveal some of the importance of depositing money through an ATM, so you’ll consider that the next time you have some cash to drop in your bank account.

Except for the iconic ATM queues that are getting shorter by the day, depositing money through an ATM is very convenient.

You don’t have to wait for minutes while a loud-sounding machine counts your bucks. You don’t have to go through rigorous security checks before gaining entry; all you need is your card and your bank credentials.

You have cash, and you need to send money to someone quickly. You obviously won’t consider mailing them cash; who does that?

Your best bet is walking down to your bank, making the deposit, and sending the money from your favorite banking app.

Do you know what’s faster?

Walking up to a designated ATM and depositing the money from there. That will save you the stress of stepping into a bank. Remember, there might be some latency, but it is unlikely.

ATM deposits can be very convenient, no doubt, but they’re surely not risk-free. Nothing is risk-free, by the way.

There are some risks associated with depositing money through an ATM. Before making your first ATM deposit, you must recognize these risks so as not to fall victim to circumstances.

Here are some things that could go wrong with an ATM deposit.

The ATM is a machine, and machines are prone to errors. You might have heard reports of people losing all of their money as soon as it’s deposited into the ATM slot.

One thing to note about ATM deposit errors is that they’re rare, and it’s unlikely that you’ll experience one in your entire lifetime. Looking at it from that viewpoint, this is not a big deal.

I don’t think you should.

Bank ATM deposits make check withdrawals a bit slower to reflect in your account than if you’re depositing it in person.

If you’re depositing a check, there is a possibility of your bank placing the money on hold while they verify the authenticity of the deposit.

If you’re time-constrained, you might want to consider using the app as a banker to avoid errors and delays.

Carrying cash is risky, no matter the cause. Depositing money regularly at an ATM makes it even riskier.

If you routinely deposit at an ATM, you might be calling thieves to ambush and extort money from you.

Also, there is always a risk of credentials theft and ATM robbery whenever you use the ATM.

While these aren’t the usual occurrences at ATMs, we can’t shy away from the fact that it happens.

How much cash can you deposit in an ATM?

There are usually no hard limits on how much cash you can deposit in an ATM. What can limit you, however, is the number of notes the machine can take in one go.

The ATM deposit limits vary by machine, but you should expect anywhere from 30 banknotes to 50 banknotes.

For example, Bank of America ATMs won’t accept more than 40 bills at once, and chase ATMs are better at 50 banknotes or 30 checks.

Simple mathematics shows that caps your ATM deposits at around $5,000 per transaction. You can carry out multiple transactions at once if you wish, but there’s something else to look out for.

Before you take your cash down to the ATM for a deposit, be sure you’re not depositing up to $10,000 in a given week, as the IRS requires every bank in the United States to report deposits exceeding $10,000 within a given time.

It won’t help if you try to evade the limit by depositing slightly smaller amounts; you can still potentially get yourself in a lot of mess.

How to get around the ATM deposit limit

Although it’s highly unlikely, you might receive over $10,000 in cash at once. You don’t want to keep ten grand at home to evade questioning, trust me.

In this case, you have to file Form 8300. Form 8300 provides the government with more information on the source of the money and if your business should be receiving that money.

ATMs have grown pretty useful nowadays. You can do pretty much anything at an ATM stand, down to depositing money and checks.

While this is possible, your bank will possibly impose some restrictions on how much cash you can deposit on a single transaction.

This article explains what these restrictions are and how you can evade them.