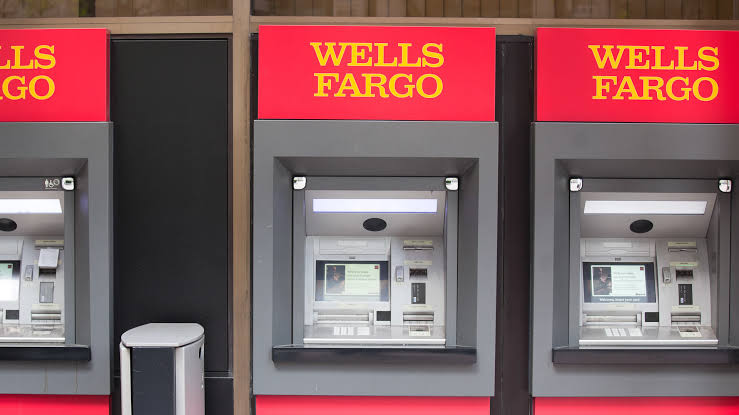 Here is a full list of Wells Fargo Penalties and Withdrawal Limits.

Wells Fargo was ranked the bank with the worst reputation in the United States for a good reason: they suck.

Wells Fargo isn’t the average bank you’ll recommend to a friend or relative, but somehow, they have a user base. Many people create accounts with the bank out of convenience, among other reasons.

You’re probably one of Wells Fargo’s users, but you can’t just figure out how much their numerous penalties cost. Also, you’re not sure how much you can withdraw from the ATMs and over the counters, right?

Worry no more, as we figured that out for you. In this article, you’ll learn all Wells Fargo penalty fees, as well as the withdrawal limits. We’ll also give you tips that will help you avoid these penalties and fees.

There are a couple of fees that you’ll be required to pay when you carry out certain activities on or with your Wells Fargo account. They are also known as penalty fees, and they are quantitatively listed below.

Wells Fargo, like any other bank in the United States, does charge some specific amounts of money when you carry out certain transactions at an ATM.

You don’t get any penalty fees for withdrawing at a Wells Fargo ATM, but you get a $1 charge for a statement printout.

If you’re at non-Wells Fargo banks, however, fees can build up pretty quickly. Withdrawals can cost you $2.50, and viewing your account balance will cost you $2.00.

If you’re not in the United States and you manage to get an ATM that works with your Wells Fargo card, be prepared to shell out up to $5.00 bucks for a single withdrawal.

Note that any charges by the ATM operator are added to the charge when you use a non-Wells Fargo ATM. So, expect the charges to be a bit higher.

Wells Fargo charges you nothing to replace a lost card. If your debit card is missing, you can report it to the bank, and you should have your replacement card in five to seven calendar days.

However, if five calendar days seem like a long wait to you, you can pay for expedited delivery and have your card replaced within three business days.

If that sounds like a good idea to you, that’s because it’s a good idea. What’s more, the expedited delivery costs only $16, which is very affordable and worth the time.

A cashier’s check is a more secure way to write checks. With a normal personal check, there is no guarantee that the receiver will receive the money.

With a cashier’s check, however, Wells Fargo has got your back. The check won’t bounce, even if you don’t have enough money in your bank account to cover the check.

Wells Fargo charges $10 to issue a cashier’s check. This charge is around the average for banks in the United States, as the Bank of America and Citibank issue it at similar rates.

Money orders are a kind of payment service that requires the payer to cover the total cost of the money upfront.

Money orders don’t bounce, unlike checks, as they’re already totally paid for. Most banks, including Wells Fargo, allow you to send money orders.

Unless you’re on the Preferred Checking or the Portfolio by Wells Fargo accounts, you’ll have to pay $5 to send money orders on Wells Fargo.

When compared to the industry average, Wells Fargo money orders are not outrageous and are a good substitute for checks.

Wells Fargo charges a $10 service fee per month for regular users. This fee isn’t unique to Wells Fargo; many other banks in the United States do charge similar amounts.

You can circumvent this service fee if you use a Wells Fargo Campus Debit card. Account-holders that are less than 24 but older than 17 years of age will not be required to pay this service fee.

If you get a salary or other kinds of payment that Wells Fargo has approved to be a Direct Deposit exceeding $500, the bank won’t charge the monthly service fee.

Apart from the numerous fees, you’ll be paying as you operate a Wells Fargo account, there are also some not-so-annoying restrictions on withdrawals that you should know as a Wells Fargo user.

This section of the article explains the most crucial limits.

If you’re cashing out from a Wells Fargo ATM, you’ll hit the withdrawal limit faster than you will at most other banks in the United States. Wells Fargo doesn’t allow you to withdraw more than $710 from an ATM on any given day.

Note that this figure will be significantly lower if Wells Fargo isn’t your primary bank.

If you need to withdraw more money from the machine, you’ll have to contact Wells Fargo and request a temporal raise in the withdrawal limit.

There are usually no hard limits on how much you can withdraw inside a bank, but there are practical limits.

For example, you can’t expect a branch to give you a million dollars at once; they don’t even have that much money in the bank.

Also, when you’re trying to withdraw cash that’s more than $10,000, your bank has to report the transaction to the government. So, you can expect your bank to exercise a bit more caution when handling transactions that involve enormous sums of money.

Wells Fargo might be the worst reputed bank in the United States, but they don’t overcharge for penalties.

As most of their charges stay at the industry average or go a bit below it, you shouldn’t be a lot annoyed by what they charge.

If you want to pay even fewer fees, you can get the Portfolio or the Preferred Checking account and have Wells Fargo take care of most of your banking fees.